But what are Interactive websites ?

Interactive websites are the ones which provides a number of different features to make interactive experience for users. One of the most important qualities of a website is interactivity. It allows users to interact with the website. With change of time web visitors expect to interact meaningfully with websites.
There interactive aspects of a website often include :


Though creating any such feature is not a rocket science but it does comes with some development time associated with each feature. And creating such site in AEM would also cost time as there are no such features provided in AEM 'out of the box'.

Integrating Apache wookie with AEM allows users to drag & drop such interactive application. We have developed a connector tool for connecting AEM with apache wookie : AEM-WookieConnector

Apache wookie is Java server application with allows you to upload & deploy widgets (mini web applications) for your applications. Using AEM-Wookie Connector tool AEM users can use simply drag n drop wookie widgets on their AEM pages and use from any where.

Here are the steps to install AEM-WookieConnector Tool : 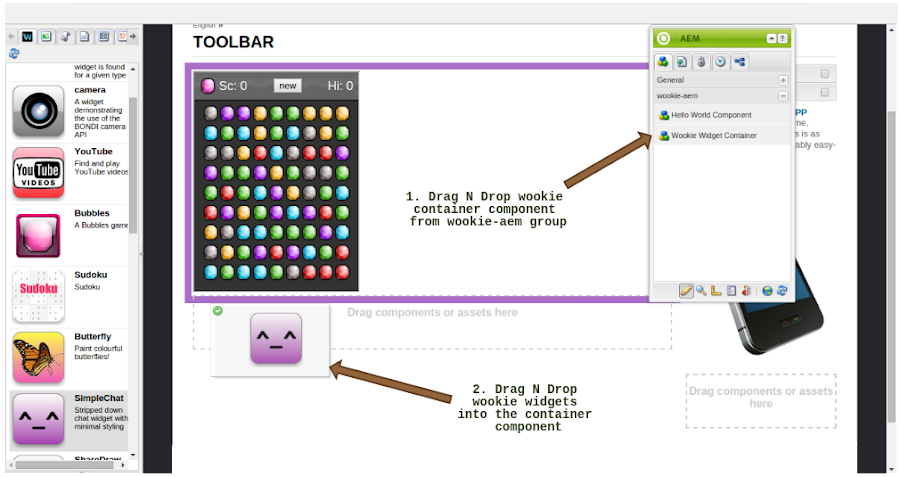